The Vitor 35 mm / 1: 3.5 lens was the ‘standard’ lens supplied with the Dream camera from the very beginning of production and was described by Ducati as a "Universal lens suitable for any type of photography".

It was present in the official Ducati documentation from the start in 1946. It had an optical scheme consisting of three elements with anti-reflective surface coating, a field angle of 46 °, an iris diaphragm made up of 7 blades and was adjustable between 6 possible aperture openings (3.5-4-5.6-8-11- 16).

The lens was of the retractable type and had a minimum focusing distance of 0.80 meters. It coupled directly with the rangefinder and the field framed corresponded to that visible in the viewfinder of the camera.

Various accessories were manufactured which we have described in a table below. The price of this lens over time decreased from 27,500 lire in 1948 to 15,000 lire in 1952.

The Vitor 35 / 3.5 was the lens built in the largest number, and was produced in two series that are recognized for the position of the serial number and for the number with which this number begins:

- In the first series the number was engraved on the focusing ring and began with the digit ‘0’.

Looking at the serial numbers of a number of these lenses, we can hypothesize the manufacture of up to 8,000 pieces in two series. About 6000 in the first series and about 2000 in the second.

*The Gelatin Filters were only mentioned in the earliest documentation, and no pricing was mentioned. They are in various “Bright” colors, more intense than the normal glass filters, and much rarer.

​Original text and tables by D. Consonni, with permission. Translated by MasterpieceCamera. © 2018 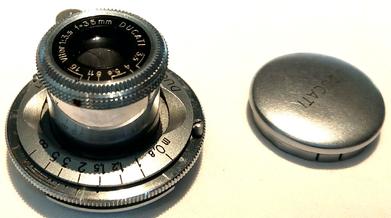 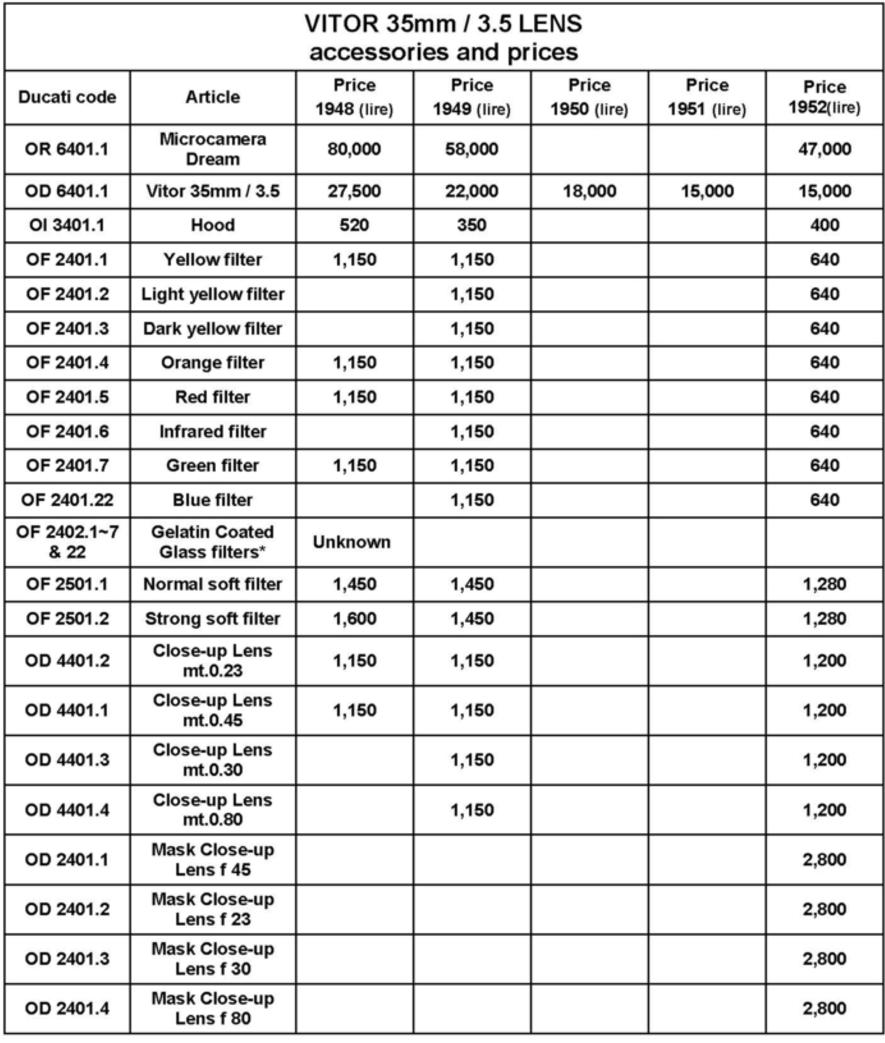 The Ducati Sogno 35mm Vitor Lens is the rough equivalent of a 45mm lens on a 'normal' full sized camera. The original 'normal' lens of the Ducati Sogno.