The Ducati Sogno 120mm Teletor Lens is the rough equivalent of a 135mm lens on a 'normal' full sized camera. This makes it a great choice for bringing far away subjects up close and personal. 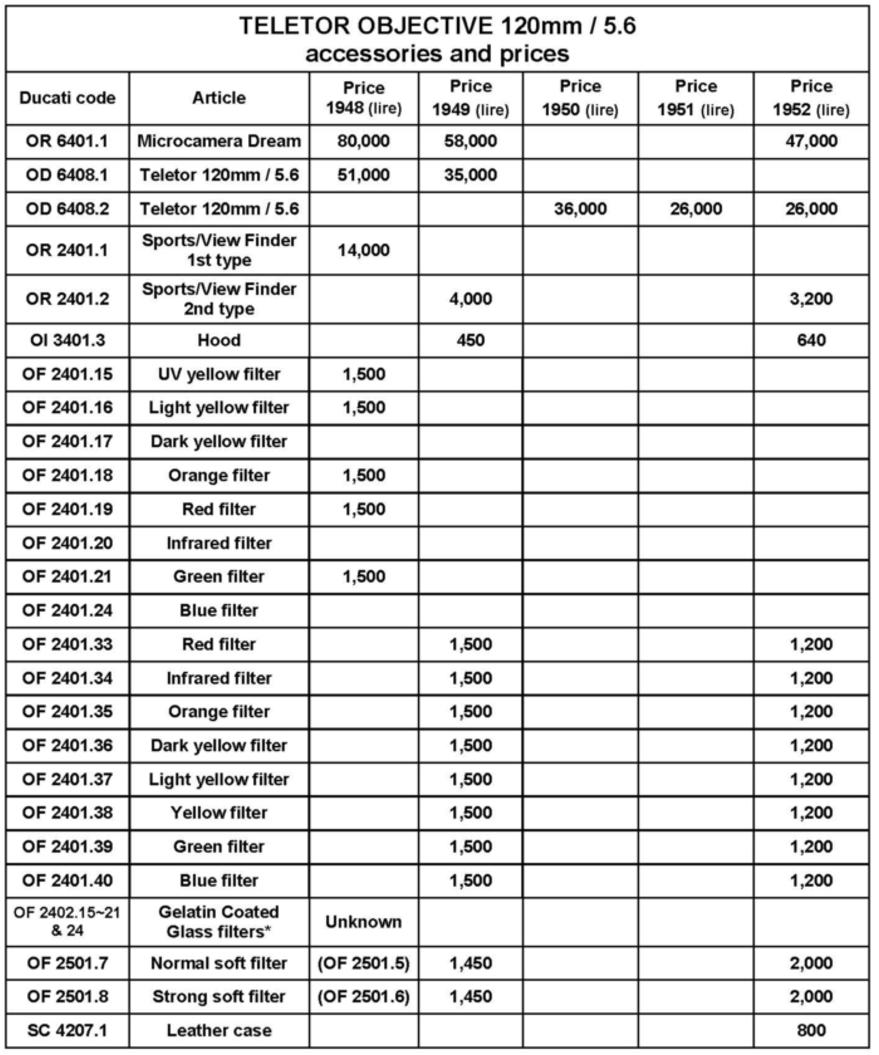 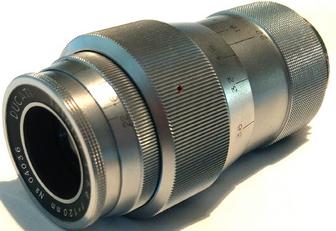 Please contact us with your lens list so that we can expand the information available for these lenses.
Thank you :-) . E-mail: admin@masterpiececamera.com 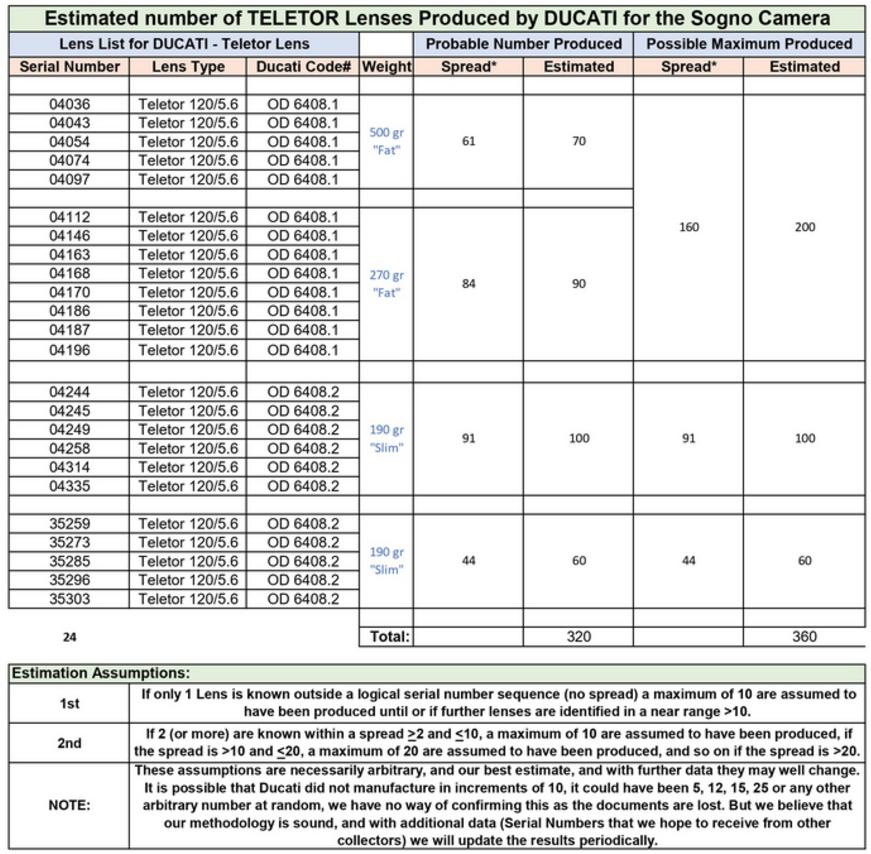 ​*The Gelatin Filters were only mentioned in the earliest documentation, and no pricing was mentioned. They are in various “Bright” colors, more intense than the normal glass filters, and much rarer.

​Original text and tables above by D. Consonni, with permission. Translated by MasterpieceCamera. © 2018

The following table is a list of known Teletor Lenses with the Serial Number and possible number produced in our estimate. Please help us in our efforts to expand this list by sending us any lens serial number/s not in our list so that it will be as accurate as possible, thank you! Latest UPDATE: 12-22.

The Teletor objective was referred to in the Ducati documentation as a "Telephoto lens for long distance photographs, architectural details, landscapes, panoramic views and animals in freedom. Suitable for sports also" and was already present in the 1946 documentation.

It was of the non-retractable type, with an optical scheme consisting of 4 elements in two coated doublets, with a field angle of 14 °, a minimum focusing distance of 3.0 meters on the original Fat version and 3.8 meters on the later, lighter Fat version as well as the Slim version. All three had an iris diaphragm with 12 blades and a choice between 5 possible openings (5.6-8-11-16-22)

For focusing, it was directly coupled with the Dream rangefinder, but the field of view did not correspond to that visible in the viewfinder, so it was necessary to use the accessory sports viewfinder for correct framing.

In the 1948 catalog the Teletor lens was present at the price of 51,000 lire, and there were also some accessories listed (hood and filters) as well as the sport/view finder of the first type (OR 2401.1) suitable for use with both the Lator and Teletor lenses.

From the 1949 documentation the Teletor lens had a greater number of accessories including a different sports/view finder (OR 2401.2) that was also suitable for use with Lator, Eltor and Luxtor lenses.

In 1950 the lens had a newly 'slim' designed external appearance, and also the Ducati code was changed to OD 6408.2. We must suppose that the optical scheme remained unchanged even though the company documentation did not give any specific information. Other characteristics  were unchanged except the weight. This second type Teletor (“Slim” Version) was much lighter (about 190 grams compared to about 500 grams of the first “Fat” Version (Brass) and 270 grams for the second Fat version (Aluminum). In photos both Fat versions are similar in appearance.

In some Ducati sales documents a maximum brightness of 1: 6.3 is also mentioned, but in reality we have never had occasion to observe Teletor lenses with that characteristic, we suppose it to be a “typo”.

Observing the serial numbers of a number of these lenses from those that we have been able to find, we are able to estimate that between 320 to 360 may have been produced, in four series. Refer to our table below for the data used for these estimates.

Availability: This lens is seen for sale more than one time per year.