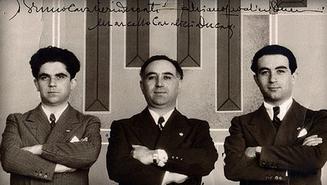 The “Scientific Society Radio Ducati SpA” was founded in Bologna in 1926 by the three brothers Adriano, Bruno and Marcello Cavalieri Ducati, with the financial help of their father Antonio, and other minor financiers from some of the upper society in Bologna.

The soul of the company was Adriano Ducati, a physicist and very enlightened technician and researcher in the field of electrotechnics, and especially radio transmissions. At the age of only 19 years he began research into the field of shortwave transmissions that led to the creation of a series of radio-telegraphic equipment that was absolutely innovative, for the Navy. For this reason, in 1925, at the age of only 21, Adriano was awarded the “Cross of Knight of the Crown of Italy”.

The Ducati family was not new to such honors as even the father, Antonio Cavalieri Ducati, had received years before the same Cross of Knight for the design and construction of the aqueduct of the city of Chieti, and he was recognized as one of the best hydraulic engineers in the Kingdom of Italy at that time.

Already in 1925, the three brothers had founded a company for the production of condensers, but only the following year did they begin the real business of the Ducati family.

Also, the contribution of the other two brothers, Bruno and Marcello, was essential in the success of the enterprise, and over time each of the three Ducati’s took on a specific role within the company. Adriano took the lead in research and development, Marcello directed the production, and Bruno was the General Manager and was responsible for the commercial and public relations office.

Ducati began its activity with the production of the condenser ‘Manens’. The manufacture of it was carried out in the basement of the family villa in via Guidotti 51. Meanwhile, the production was enriched with new products, such as variable condensers, and in 1928 the factory was expanded by building a new structure next to the villa, and also buying the nearby stable at number 53 for further expansion.

Then in 1934 the Ducati brothers welcomed Guglielmo Marconi (the Inventor of Radio) who, on the occasion of the 1st Congress of Italian Radiotechnics, wanted to visit the factory of the SSR Ducati.

The quality of the products, and the effectiveness of the commercial strategies, soon led to the company's greater success, and by 1932 there were around 500 employees. In 1935 the new modern factory called Borgo Panigale was built, and by 1937 the Ducati employed around 2000 people. The company then also started to diversify its activity into the fields of precision mechanics, electronics, and of course, optics.

The optical section was created in 1939 with the collaboration of the Istituto Ottico di Firenze and was directed by Prof. Vasco Ronchi, and they added bright technical persons such as Prof. Toraldo di Francia and Ing. Bruscaglioni. The ‘Bimar’ was first built as “marine binoculars” and was manufactured under the Zeiss license, with excellent results.

During the war also, the Ducati’s were involved in the supply of war material for the Armed Forces, and at the same time began to prepare for the reopening of the civil market in special secret laboratories called “POST”, in which were designed and created the products considered most suitable for the post-war market.

In one of these laboratories in 1941, the first microcameras were created, to whose design Marcello Ducati decisively influenced.

At the close of the war, the Ducati found themselves with a partially ruined Borgo Panigale factory, which had been mostly destroyed by the allied bombardments.

Fortunately, most of the machines had been saved from both the allied destruction, and the later forced ‘material transfer’ by the Germans. With a considerable financial effort, and with little state aid, the plant was put back into production by the Ducati brothers, and in 1946 at the first post-war Milan fair, Ducati was present with its products. In particular with a small petrol engine that could be connected to a bicycle called "Cucciolo", but also with the "Sogno" microcamera.

For the Ducati brothers, however, began a painful period... Tried for collaboration with fascism, (an accusation from which they were acquitted) then harassed by the new State government via the FIM (a state-controlled agency, the “Institute for the Reconstruction of Industry”), and finally overwhelmed by the financial crisis connected to the reconstruction of the factory, they lost control of the company. So, in 1949 the company had finally passed into the hands of the state holding company, just as the camera production was stabilizing. Only Bruno would return in 1998 as the honorary chairman of the motorcycle division.

Disgusted with the State’s antics, Adriano Ducati decided to go to the U.S.A. where, among other business interests, worked for many years at NASA on rocket systems with Prof. von Braun, helping to achieve the successful moon landings. He returned to Italy only in 1985.

The Ducati company continued its life undergoing various renovations, and in one of these in 1953, the Optical Division was finally closed. The Sogno then took its place alongside the many beautifully designed cameras that decorate the 20th Century history. And it lives on today due to the fine quality that was built into it those many years ago. Long live Ducati! 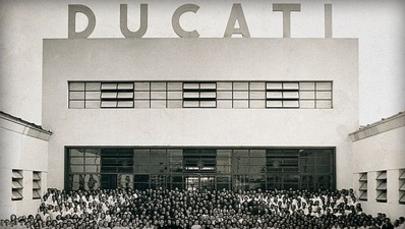 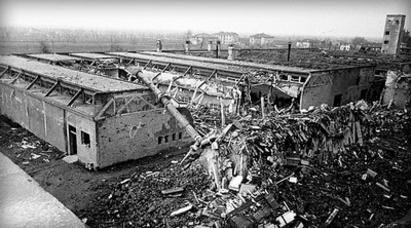 Acknowledgement: The following, as well as the majority of the informational pages in this Ducati Sogno section of our website, is a translation (loosely and with additional text added) by us of the the fine research and work of Mr. Donato Consonni. He is the owner/designer of the Italian Camera's website: http://bencinistory.altervista.org/ With his kind permission and help.