The firm of E. & T. Underwood was established in 1885 in Birmingham, UK and made cameras for 20 years. They are quite rare and are extremely well made.  We are still researching this example and will add additional details in the future. It is another of our "projects" that will require a bit of work to bring it back to its original condition but not really that much as the bellows had already been replaced at some point and are in fine shape, or will be after re-gluing them. Still looking for a nice lens for it as the one that came with it was not suitable.

Not currently for sale. 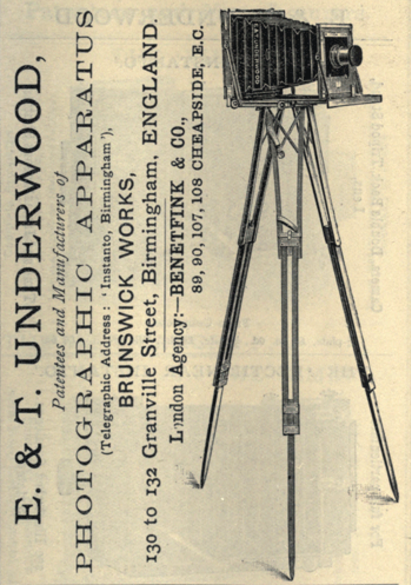 We have just started in the Large Format world, and are very much looking forward to learning more about it. Our  'pride n joy', the Gandolfi 4x5 "Traditional" LF Camera is on our private collection. As usual, we are looking more at the 'classic' beautiful old cameras where it all started, not the modern ones that may well be much more technically advanced, and take a wider range of photos, but those are not currently in our sphere of interest. The workmanship on some of these old masterpieces is truly amazing for their time! 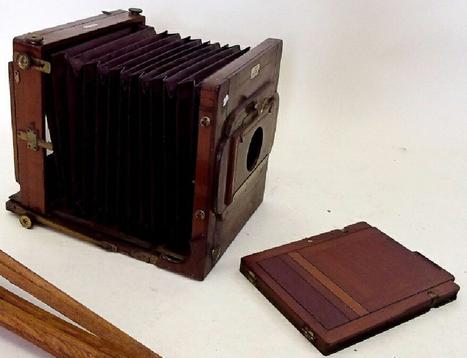 This is camera is in fine condition but has not been used by us. It comes with 1 double plate, the bellows are a bit wrinkled & old still but seem to be light tight. This model has the patented swing-out (Z-style) focusing screen. Good for display, or may be able to use as the focusing back is good as well. The Vario shutter is working well, it must have been added after 1912 when they were invented. 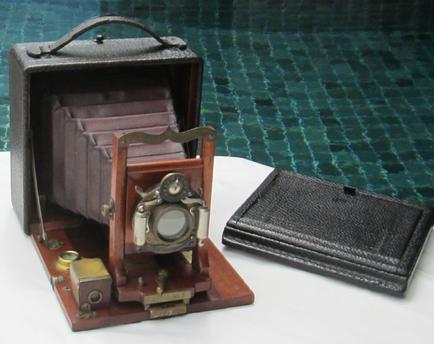 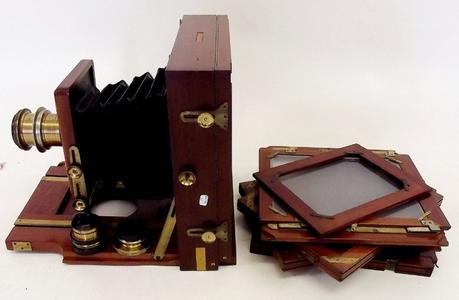 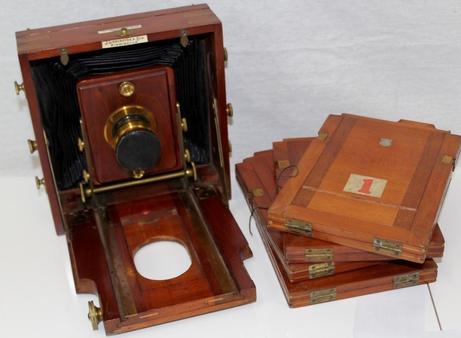 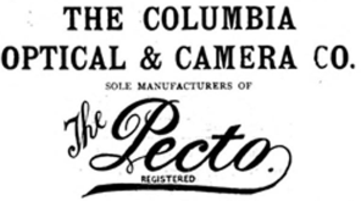 We have puchased the above cameras as "projects" as some of them may have been stored away for many decades and so may need new bellows, and or much loving restoration of the wood, leather and brass, not to mention a good CLA of their Lens and Shutter parts. Will add additional photos as the work progresses.

​Click HERE for a great overview of the early types of British Stand cameras with a lot of detail regarding the differences and construction methods. 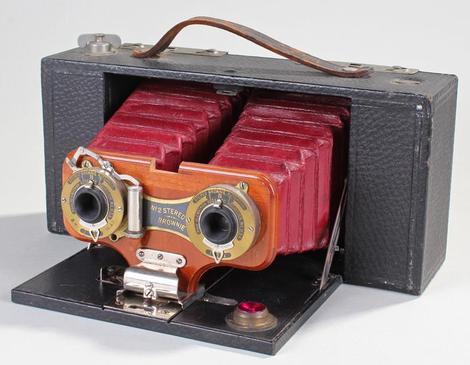 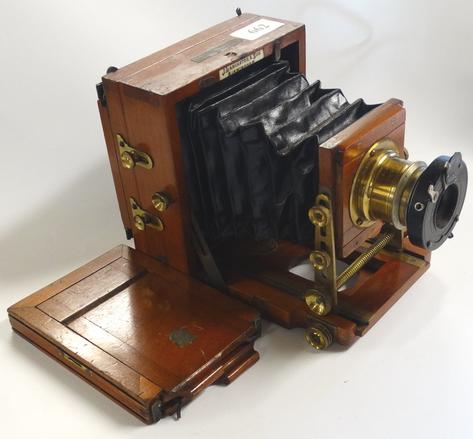 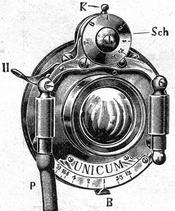 J. Lancaster made about 6 different main versions of the Instantograph cameras, with minor modifications in between. This version, the "Imperial" added additional brass stays on the corners to increase its strength and stability for use as a field camera. We have seen other resources stating that these were made from 1894, but ours has the 1893 name plate so it must be an early one.

This one is a beauty and just needed a bit of TLC to clean things up a bit. We have never used it but it appears to be all there and ready to try. The bellows are old but seem to be whole, and no pinholes found with a flashlight. The Taylor-Hobson lens is in beautiful condition. Comes with 4 double plates and focusing back.

From the Early Photography pages: Manufactured by the Columbia Camera company of London England in Circa 1897. The Pecto 5 was a moderately priced hand or stand camera. This camera produced 9 x 12 cm sized exposures on plates. Constructed of Mahogany with red leather bellows. The lens is a Baush & Lomb Rapid Rectilinear and Unicum shutter that provides both a time and instantaneous finger and pneumatic release. Columbia was created to distribute cameras made by Mangold in the UK. In its short existence it has been suggested that Mangold/Columbia may have modified left over stock rather than manufactured cameras from scratch, but as the records have been lost we will never know for sure.

On this camera the leather bellows appear to be in decent shape (after a thorough cleaning and conditioning) and the mahogany wood is in great condition. The lens and shutter are also in fine condition and have cleaned up nicely.  Its still missing a screw or 2 here and there, but it is looking good. It may or may not work as is, but would make a nice display camera.

An early example of a nice Stereo camera, and while not LF we think it fits on this page. From the 1890's these type of cameras were quite popular, the earliest attempts at 3D viewing. This model is quite rare and is prized by collectors with its beautiful red bellows and brass/mahogany lensboard. This particular example is in excellent condition, and since it uses 120 Film (8x6 format) we will be trying it out someday soon.

J. Lancaster made a lot of cameras, in fact were the worlds leading camera maker in the later 1800's. This particular camera is one of their rarer types. It came with 3 original lenses and extra backs and film holders.

This is another of the beautiful Instantograph models that we have recently purchased. Its already quite nice but we will restore it as much as possible. Will update as time permits. Its missing its original nameplates as well as the backs locking mechanisms unfortunately so we are looking for replacements.

Not currently for sale.