From Wiki: Harry Goodwin (21 July 1924 – 23 September 2013) was a British photographer, known for his images of pop musicians and sports personalities. He was the resident photographer of the BBC Television programme 'Top of the Pops' from its inception in 1964 until 1973. 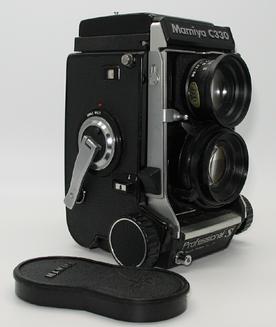 ​This is one of our favorite cameras for using. It is simple and intuitive to use. We have a couple of these in Black and will be adding more later, including the much cheaper Chrome versions that can be found on our Olympus Cameras page.. The 8 element lens was a major upgrade from the earlier 1955 view model that had a 3.5 max aperture, and the rangefinder with its huge view was added and is easy to use on this much faster lens. The Leica 35mm f2 with 8 element equivalent sells for$3~4,000... you won't notice much difference using this much cheaper alternative, its a fantastic lens for the price. Karen Nakamura's review of this camera can be found HERE. She nails it! ​

This example is in near Mint condition and is working just fine. We believe it was CLA'd by the previous owner as the lens is clear and all is working smoothly. These Black versions are quite rare! 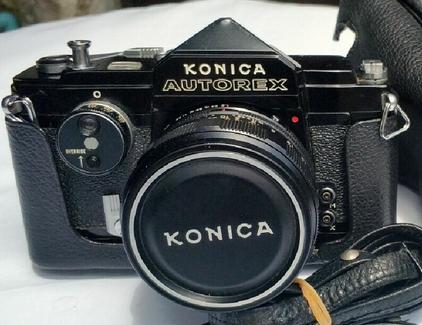 Stephen Gandy of Cameraquest has a nice write up about this classic, Google it please..

This historic camera was the worlds first automatic exposure SLR. and uniquely the only one where you can change, mid-roll, from Full to Half-frame format with the flip of a switch. Just let your film processor know in advance! There really is nothing else like it! As far as we can determine, the only Black versions were made in a very small number for the Japanese market, where it is called the Autorex. The rest of the world, ex-Germany, it is called the Auto-Reflex. Ours is in EX++ condition and working well. We upgraded the lens on this one to the later AR type. A reasonable price for a bit of history! 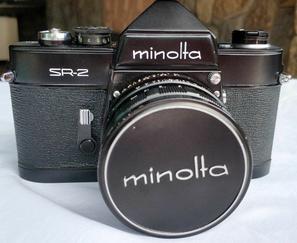 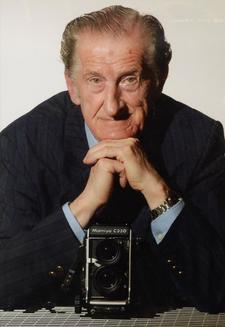 The MAMIYA C330 S TLR 6x6 FILM CAMERA WITH MAMIYA-SEKOR S 80MM 2.8 SEKOR S LENS, & original box above we believe was the last camera used by Harry for his work in later life, primarily in the sports (football/soccer) world. The famous photograph of him to the upper right shows it with him. This is the C330S, the Professional 'S' being the last of this great camera model, and was produced by Mamiya from 1983 and includes the Sekor S 80mm f2.8, and maker's original box. We won this, Lot 168, at a charity auction as he had bequeathed all of his cameras, and photographs/negatives to The Christie Charity, Manchester for sale after his death. Of course we have the sales invoice from the auction house as well.
$850 with provenance.

About 2000 of these were made between 1979~82 with the "C" type Coated T lens. Ours is in Excellent+++ condition and has been CLA'd by a Hasselblad trained technician and is in top condition. We added the short strap, Hood, and Cap to make it a complete set worthy of any collection, and it is ready to shoot! We have extra film backs as well if you need them. 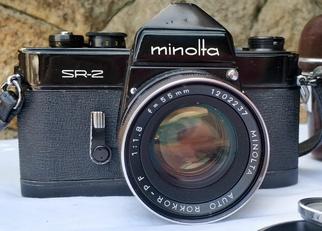 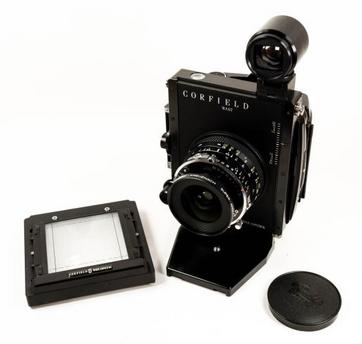 From the Auction House: Lot 168: Mamiya C330S Professional TLR camera, used by Harry Goodwin. Provenance: Collection of Harry Goodwin 1924-2013, resident photographer of the BBC's Top of the pops from its first programme in 1964 until 1973. Bequeathed by Harry Goodwin to The Christie charity Manchester and entered into sale by them. 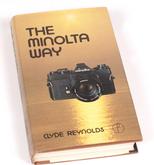 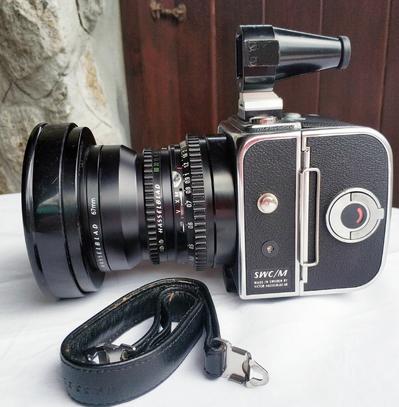 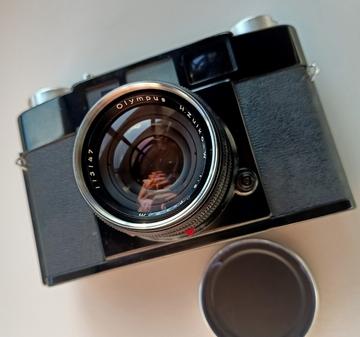 SWC=Super Wide Camera, and we love wide angle shooting! This beautiful camera comes with its original Lens Hood with Cap as well as neck strap. The lens is in great condition with no scratches, fungus, dings and only minor cleaning marks. Excellent+++ condition and has been CLA'd by a Hasselblad trained technician and is in top condition. We have extra film backs as well if you need them. 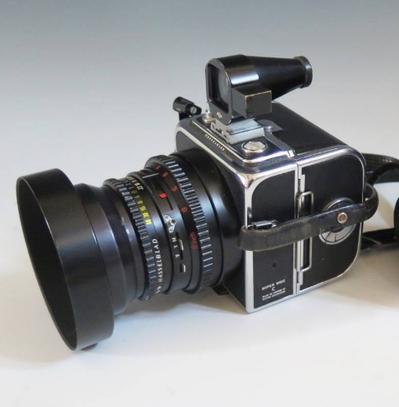 There are other great collectible cameras on other pages of our site as well. For example, the Zeiss Ikon Hologon Ultrawide on our Zeiss page, or the Ensign Autorange 820 on our Folders page or the Rolleiwide on our Rolleiflex  page are all quite rare, not to mention the Ducati cameras and lenses that are very collectible. Enjoy your browsing!

Compass-Jaeger LeCoultre with Cubitt Film Back
Circa 1938

The Compass camera was designed by Noel Pemberton Billing and manufactured by Le Coultre & Cie in Switzerland​.

This is a much sought after collectors camera and was decades ahead of its time. Its hard to believe looking at it that its from the 1930's where its contemporaries look very outdated. Most collectors set it on a shelf to admire its design. Ours is full ready to shoot as it was fully restored by the master Hayata in Japan, including new shutter curtain, for a small fortune. It includes the even rarer Cubitt Film back.

If your reading this I would guess you already know what a classic this beauty is. Collect it or use it! 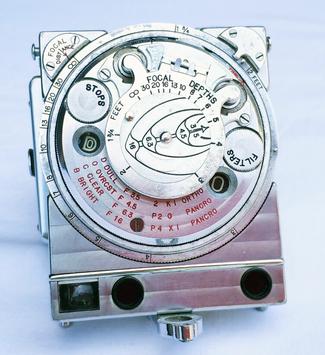 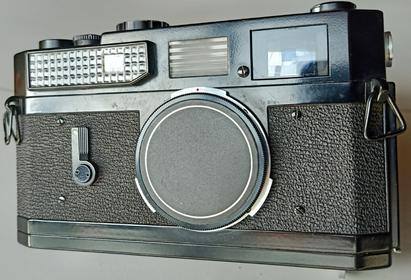 Minolta's first foray into 35mm SLR cameras was to become a classic. The Chrome SR2's are still goin strong more than 60 years later, they are built to last! They made very few of the Black version, it is one of, if not the rarest black camera from Japan. The Cameraquest website has a nice write up about them. See Google.

To make it a complete collectors set, we added the extra 3 lenses that were available at the time of production. They are the 35mm, 90mm, & 135mm Rokkor's, all in great condition. "The Minolta Way".book pictured is included. Oh, and the camera has been CLA'd and is working just fine! Many more photos are available.

Minolta's first foray into 35mm SLR cameras was to become a classic. The Chrome SR2's are still goin strong more than 60 years later, they are built to last! They made very few of the Black version, it is one of, if not the rarest black cameras from Japan. The Cameraquest website has a nice write up about them. See Google.

When we bought this one at an auction, we hoped it was an original Black. To this day we are unsure and have priced it accordingly. The only problem is that it is too nice, absolutely beautiful with no signs of any damage. Nor are there any obvious signs of it being re-painted, and if it was, the guy did it perfectly! It is working perfectly also. In either case, we think its price is reasonable.

I have never yet had the pleasure of learning how to use this rare camera so will leave it to this fine gentleman to explain it more clearly: Check his discussion HERE!

This unique camera was designed by Sir Kenneth Corfield. Its primary use was intended for Architectural photography but it can be used anywhere perspective control is needed, or wanted. It comes with its original 220 Mamiya back (a bit used) and we added a clean 120 Pro-S back as well because we had planned on trying it someday. Too many cameras, so little time...

For a 6x7 format camera it is fairly compact. Ours is a beauty, we call it Mint- as there are a few small usage marks. The lens is clean and clear. Ours is mounted with the Copal shutter, which most prefer over the Prontor. Very few were made, a true collectors item that is ready to shoot.

Canon made these for 4 years and sold more of them than the Leica M3 over a much longer period. They are well made with a great viewfinder that makes many people a huge fan of these classics.

The Black body versions are the rarest and most prized, though compared to some of the cameras  above they are much more available as more were made, hence the lower cost.

Ours is in great condition, about M-/EX+++ and is working fine, including the meter, though not checked for accuracy. The finder is clear and we have a few lenses should you need one, including the Dream Lens 0.95 or others.

Ever dreamed of owning a Black Minolta SR-2? Or how about a Black Autorex or Black Olympus Wide-S or Black Canon 7?  Outside of those Japanese classics, how about a Compass Jaeger LeCoultre with the rare Cubitt film back? Or a Hasselblad SWC/C or SWC/M?  ​We have them, and more!...

These are some of our favorite cameras which we picked up over they years.
We like the Black Body cameras especially!