Olympus Pen F, Pen W, and the Pen D3 are some of our favorite half frame cameras. For full frame street shooting, the Olympus Wide-S is hard to beat! And the Olympus 35 SP is a classic in its own right. All are excellent shooting and photographically. ​

With film prices today, Half Frame shooting is a great way to enjoy photography, and at half the price! And don't be fooled, the photographic quality is EXCELLENT, and if you are not making poster sized prints, you loose very little. The Pen F line of lenses especially produce great results.

From Wiki: The Pen W or Pen Wide is a very rare variant of the Pen S model, with a wide-angle 25mm f/2.8 lens, equivalent to a 35mm in full format. It only exists in black finish, and has a cold flash shoe. It was only produced between 1964 and 1965, and today fetches high prices on the collectors' market.

A beautiful COLLECTOR'S SET  this rare Pen Wide Angle camera comes with its cap & strap (not shown in the photos) as well as 2 new filters (orange & yellow) and a like new Lens Hood. We put this set together over time, now its time to pass it on. Yes, it works! 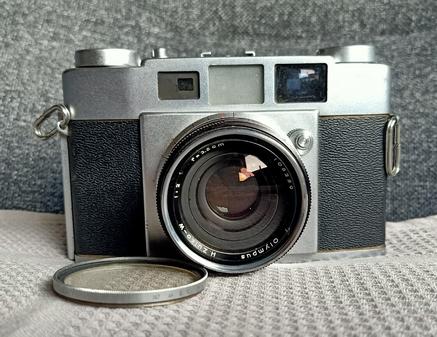 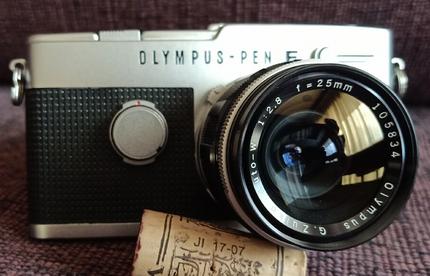 This is the less common FV version without light meter. Ours is beautiful, about M-/EX+++ and we had it CLA'd so it is working fine. The lens is the 25mm f2.8 and is expensive. We can change it to a normal lens for less $$ or sell the body separately. The lens is M- also, a beautiful set.

This is one of my favorite cameras for using. It is simple and intuitive to use. We have quite a few of these and will be adding more later, including the very rare Black versions that can be found on our Collectors page.. The 8 element lens was a major upgrade from the earlier 1955 view model that had a 3.5 max aperture, and the rangefinder with its huge view was added and is easy to use on this much faster lens. The Leica 35mm f2 with 8 element equivalent sells for$3~4,000... you won't notice much difference using this much cheaper alternative, its a fantastic lens.

This example is beautiful, in about EX+++ condition and is working fine. A CLA would be good for it someday as the slowest speeds are a tad slow, but it can be used as is and will probably loosen up if it gets used regularly. We included a couple of test shots as an example of its capabilities. 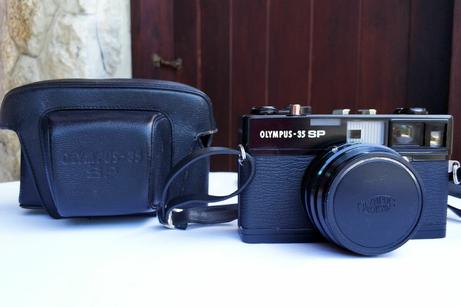 These are great cameras for use, small, lightweight and beautiful in Black as is this one. Comes with its original case & strap and we had it cleaned by a professional. It is working fine, glass is clear and controls smooth, but the light meter is untested. About EX+++/M- 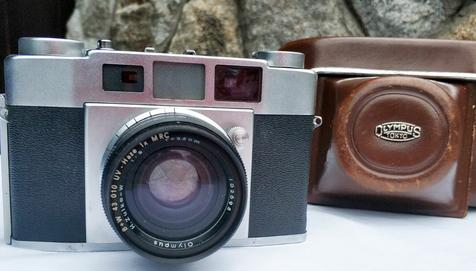 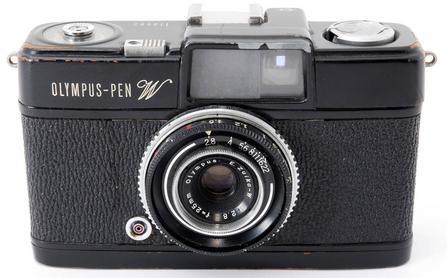 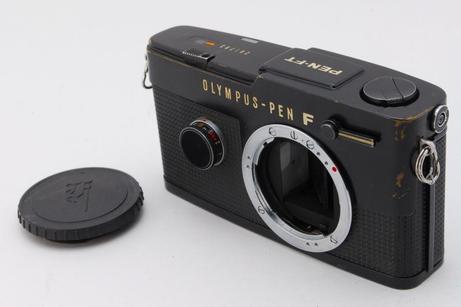 We like the Black body cameras when we can afford them, and for the Pen F/FT it is affordable. This model shown is a fine example, about EX++ with some signs of use, a bit of dust in the finder, light brassing on the corners and such, but fully working and ready to shoot. We have a large selection of lenses so that you can take your pick, and price point. The three normal lenses were: 38mm f1.8's and in the $80~130 range, the 40mm f1.4's are a bit more, and the 42mm f1.2 lens is a lot more, and then there are the full range of Wides & Tele's...

From Wiki: Olympus Wide S (Super)The deluxe model introduced in 1957 was equipped with a rangefinder and a fast f/2.0 H.Zuiko-W (8 element) lens. The parallax-corrected viewing & focusing system did not leave enough room to include a light meter.

These are one of our favorite cameras. So simple and easy to use with a great rangefinder. The best part is the excellent f2 35mm 8 Element lens. The Leica equivelant sells for thousands of dollars, these are a fraction of that with nearly as good shooting results. This one has been CLA'd and is working fine. About EX+++